On the 4th January we flew to a half built airport in the middle of the Bolivian jungle. We had been invited by a Swiss/German mission team who have been working there for the past 70 years. Within minutes of standing on the tarmac beads of sweat started to trace lines down our faces as the 90 percent humidity and 36 degree heat took immediate effect. As we watched our luggage weaving its way through mounds of earth piled on the runway my thoughts strayed to the task ahead. We were billed as the ‘Bibliodrama’ team and our kind hosts had paid for our flights and accommodation. We were to spend 2 weeks teaching drama and creativity to leaders representing 8 different tribes/communities that live in the vast jungle regions of Santa Cruz, Pando, Apollo and the Beni.

We had prepared 6 days of teaching material but really had no idea what to expect, we were even thinking of ‘winging’ the last few days! We soon discovered quite early on that our 40 students were going to be quite a challenge. The problem was, how do you teach drama and mime to a people group when most of them have a very concrete view of the world around them? We learnt that some of these people have no TV, no mirrors, certainly no Internet. One girl we spoke to who’s name was Roseangle had no idea how old she was or which country she belonged to. She looked about 22 and already had five beautiful children.

We had to explain to our new students that the paper heart in the heart sketch was only a representation of a heart and the balloon with SIN written on the front wasn’t actually their sin. To make things easier we somehow managed to write a 13 page manual explaining all the dramas step by step, complete with Bible verses. It felt like doing Spanish homework every morning for 2 weeks solid. In between our morning book writing and afternoon training sessions we had two options open to us. We could either rest in our wooden cabin complete with 2 friendly tarantulas and a mirriad of tree frogs that seemed to enjoy living on the outside of our mesh windows. Actually the tree frogs did enjoy living on the inside as well, as Ruth discovered when 3 of them launched an attack on her head one morning. The screams could be heard for miles, way above the normal hum of the jungle noises.

Or option 2, we could take a trip into town which was an adventure in itself! Most or all of the locals travel by motorbike. Sometimes you will see (to your horror) a whole family on one ‘moto’ with a little baby resting on the handle bars (no helmets of course). The most we counted was six family members… It’s quite worrying how fast sights like this become the norm when you see it every day.

So… the only way into the centre of town was on a 20 minute ride on a moto-taxi. These can be hailed at anytime and at any point on route and when you eventually manage to hoist your leg over the back without burning your calf on the exhaust, you then realise that you are probably not insured to be doing this. So you just hang on for dear life and hope that the hundreds of other motobikes don’t swerve in front of yours as you criss-cross like a school of fish along the wide, red, dusty tracks. I guess the pure exhilaration and the 40p tariff makes it all worth it!

By day 4 our students were really showing promise and we were forging great relationships with the families and their children who would regularly visit our cabin (mainly to see our puppets – who they thought were real).

By this time we were ready to encourage teamwork games in our sessions – one of which involves thinking of the first thing that comes into your head and acting it out – Juan Garcia (to my left) took full advantage if this and in one swift action he had tackled me to the ground! I think he wanted to act out what he does when he goes hunting. It happened so fast that I didn’t even have time to act out the noise of a dying wild bore or an injured tiger, but I tried to encourage him all the same. I just mimed a heart attack and tried not to show the pain. We were told later that this guy was a warrior and has only recently learnt the meaning of forgiveness. Didn’t see that one coming and the bruises have only just cleared up!

By the end of the week we had moved up a level and the students were coming up with their own Bible based dramas. It was so amazing to see their enthusiasm. Our mission director Angelica told us that ‘they would never be the same again’, I hope that’s a good thing! I think she meant that some of them were now able to think in an abstract way. We had no idea how deeply some of them had been moved by the whole experience until one night we had a visit from Juan Garcia and his whole family. I will never forget his sincerity and gratefulness. The course had changed his perspective and he now wanted to use drama in his church and community back home to teach the Bible. To show his appreciation he presented us with handmade bag that had taken him 2 weeks to make. The warrior was now our friend and it was a lot safer to have him on our side:)

Our last night was a wonderful experience as one by one the different teams presented what they had learnt. We were both so very tired but so humbled and proud of what they had all achieved – it’s an experience we will never forget and yet another amazing challenge.

Our hope is that with the use of drama, creativity and a fresh approach to evangelism all the leaders will now be more equipped to reach and teach in new ways and perhaps a deeper level.

Fundraising account:
Mr D Such
Barclays
Sort code 20 39 07
Account no. 50163678
(Any donations will be used to serve the different projects we are involved with). 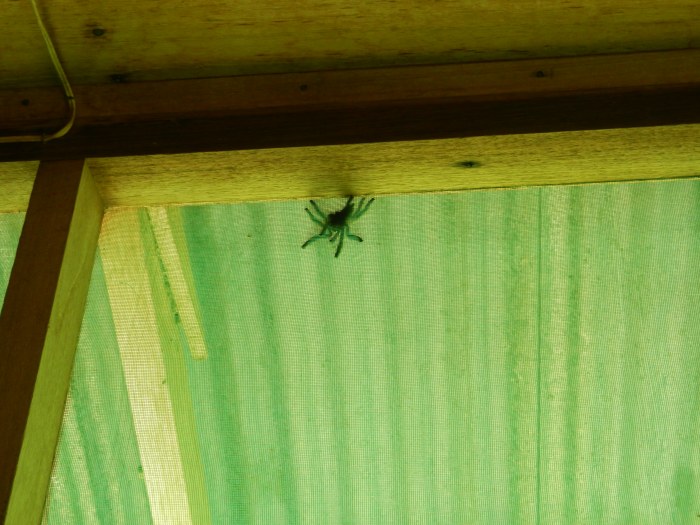 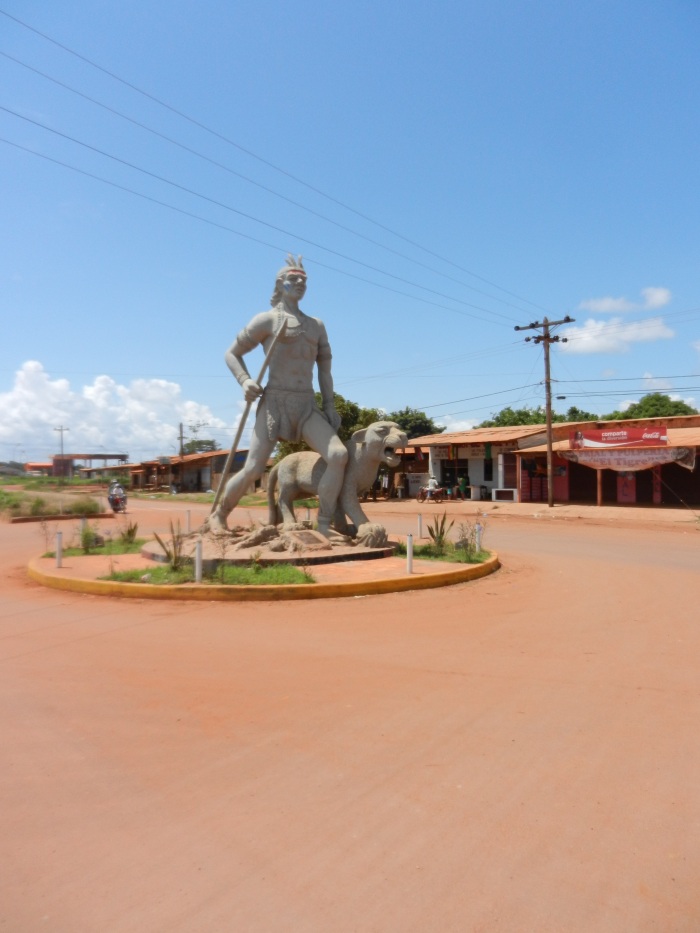 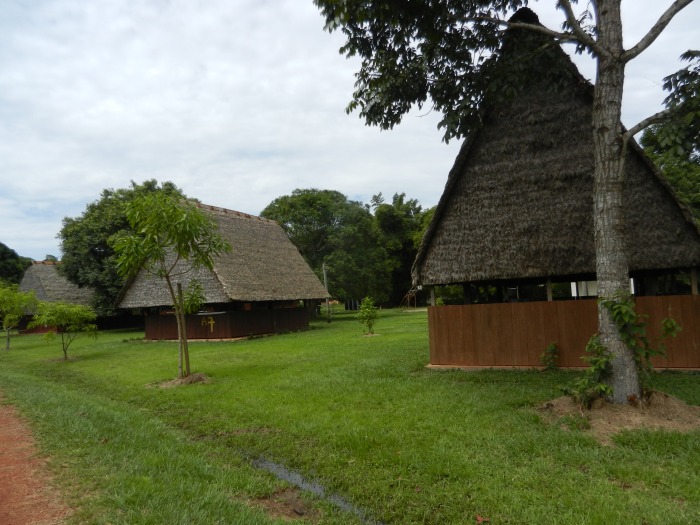 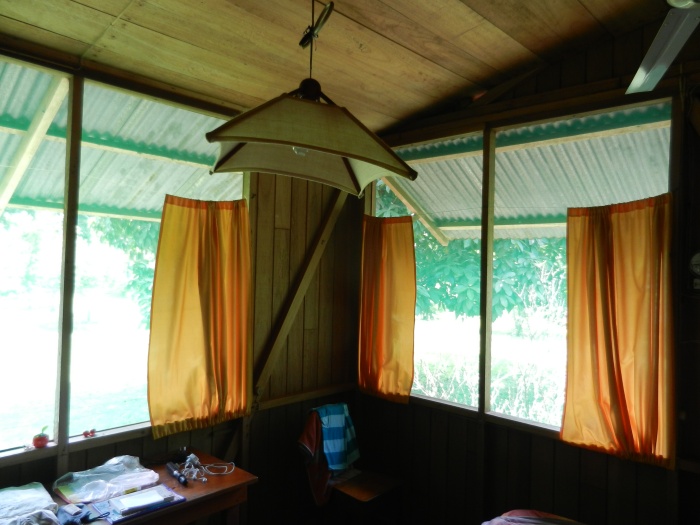 View all posts by deanandruth

3 thoughts on “Rumble in the Jungle”